3 Ways Live Streaming Is Shaking up the Media Landscape

If we told you we could foresee the future, what would you say? Live streaming apps such as Meerkat and Periscope are fairly new but have given many a spotlight when it comes to delivering news. For example, remember that New York City building explosion back in March? That was first and foremost captured on Periscope through a real-time live stream, which was then immediately picked up by major news broadcasters such as CNN, CNBC and CBS. This first-person footage the media republished was something unimaginable, yet innovative. Consider it next-level Twitter live chats . . . in video format.

Today, Periscope has more than 300 million active users and is widely considered the go-to source for the reporting landscape. Here are 3 ways live-streaming is stirring up the media industry: Native video apps such as Meerkat and Periscope enable consumers to receive immediate access to news’ recordings, which in turn allow broadcasters to report on-air faster than traditional newscasts. The apps also foster direct interaction with the broadcaster as opposed to engaging with a TV. Brands can now provide consumers with front-row seats to the most anticipated events such as main event fights, fashion shows and even the birth of Princess Charlotte.

The first thing everyone should know about live streaming apps is that they are not passive mediums. Viewers aren’t watching just because it’s available, but because they are thirsty and want to be totally involved in the broadcast videos. The engagement further stems into communications;  broadcasters can use the live streaming as a function of asking viewers direct questions, which ultimately leads to increased engagement. This is the same principle that holds true and is used in Twitter live chats where there’s one moderator during a Q&A session.

What’s more, [Tweet “live streaming fosters direct engagement by using CTAs to promote users to click on them”] and, if you’ve learned anything from our blog, you’d know that call-to-action (CTA) buttons carry much weight. Today’s consumers, above all else, desire a completely immersive experience, where the quality of content remains important, if not critical.

Our billion dollar television network business has long been under scrutiny and has had its toes stepped on from major video streaming companies like Amazon and Netflix. The result: an immediate shift to real-time, on-demand entertainment needs for consumers. For example, Periscope and Meerkat both gave users the means to forego using pay-per-view platforms for the Mayweather-Pacquiao fight earlier this year. What this match proved was that there is an increasingly high demand for live-stream video to mobile devices. By amplifying a broadcast experience with multiple types of content and viewing options, live streaming apps and businesses have provided a heightened experience for consumers. The large broadcast providers of tomorrow should not only be concerned with creating similar experiences, but also with understanding the opportunities that exist to meet the changing demands of their target audiences.

Video connects with your emotions in the most impactful way imaginable. If your brand is looking to gain a competitive edge with video marketing, take a look at this checklist to successfully differentiate yourselves from your competitors. 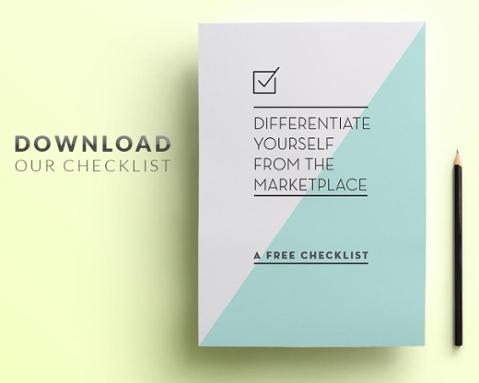 Why Infographics Should…
Creating a Long-Lasting...