In early March 2020, as the stock market plummeted and businesses shut down at an alarming rate, financial startup Robinhood welcomed in a new crop of young investors eager to bet big on a shaky stock market.

Following Warren Buffet’s sage investing advice to “buy low and sell high,” users were met with a celebratory confetti shower with every trade, serving up the dopamine hit that social media apps like Facebook and Instagram have used for years to keep users hooked on their platforms.

Fast forward one year later and Robinhood is treading the line between technology darling and villan. They’re not the only fintechs attracting attention, however. Venmo, Plaid, Chime, and more, are making a name for themselves during one of the worst economic times in our nation’s history. And they’re doing it by building an enviable, and oftentimes addictive, brand that’s irresistible to consumers.

In a very short time frame, Robinhood has stormed through Wall Street wearing the fintech version of sheep’s clothing. The start-up kicked off 2020 strong as one of the most promising fintechs of the year with its mission to “democratize Wall Street.” Even after repeated outages in the early days of the pandemic, and most recently, a scandal over its role in the GameStop controversy, Robinhood appears to hold its Midas touch. Its public brand reputation helped the company add three million new customer accounts at the beginning of 2020 and two rounds of funding last year, bringing its valuation up to unicorn levels – a hefty $11.2 billion!

Despite its growing pains and faux pas, Robinhood has successfully developed a brand reputation for itself as the online brokerage firm for millennials who don’t have a lot to invest but want in on the action. They’ve gamified online trading and made it simple enough that the company keeps on growing despite the big, and very public, fumbles.

Public perception is that, unlike other traditional online brokerages, Robinhood “is for the people.” It doesn’t hide or charge exorbitant fees and the app makes trading feel more like a fun night in Vegas than a stuffy country club meeting. Compared to more established brokerages like Charles Schwab and TDAmeritrade, Robinhood comes up in nearly every conversation online about stock trading, technology, and finance, only adding to its appeal as an underdog leveling the playing field in Wall Street.

Outside of finance, it’s hard to imagine a world without Target, Apple, or Starbucks in it. These conglomerates have a loyal fan base, innovative products, and outstanding customer service that every financial brand can learn from. These companies have built an aura around their brands that customers want to associate themselves with.

The Apple brand is the most distinctive. Known for product innovation, design, and getting customers to cough up thousands of dollars for a smartphone or watch – even in a pandemic –

it seems odd that the tech giant would dip its feet into fintech. In 2019, Apple launched the Apple Card, capitalizing on its massive market share and loyal fanbase to attract new users and retain old ones. At its core, the Apple Card isn’t exactly a gamechanger and it’s unlikely the company intends to dominate the credit card category. But by leveraging its brand persona and technology expertise, it very well could.

What makes the Apple Card so alluring is that it builds off the company’s brand reputation as a secure, innovative, and meticulously well-designed product maker. Every iPhone user knows that by using the Apple Card he or she will get a high-quality, secure, and cool product. At its launch, the card offered 24/7 support through iMessage, integration with its Maps, weekly and monthly spending reports, zero fees and $3 cashback on all Apple products. If you’re an Apple fanatic, the card is a no-brainer. The brand’s persona makes it that much easier to launch an average product (by Apple standards) and still acquire customers in droves.

Incumbents Will Get Their Mojo Back

The hype around young fintechs like Plaid, Venmo, and Chime are valid but let’s not forget the incumbents who still have a stronghold on their target demographics and are scooping up fintechs along the way. In 2013, PayPal bolstered its arsenal when it purchased Venmo (via Braintree) and that investment has paid off big. The peer-to-peer fintech helped PayPal rake in new customers and revenue to the tune of $5.3 billion – PayPal’s best quarter ever as of Q2 2020.

Meanwhile, VISA announced its engagement to Plaid last year, only to break things off in early 2021 due to government interference. This doesn’t mean the VISA-Plaid relationship is over. It’s likely the two could partner up in the future and build off each other’s clout to attract new customers.

In the meantime, VISA has crushed its online presence to attract an increasingly affluent and influential Millennial demographic. In the last few years, the company has created a 24/7 digital service channel on Twitter, email, live and video text; created video tutorials to explain complex topics and services, and expanded its social media presence. VISA is the poster child for large, established companies that want to gain market share and remain relevant in a sea full of younger, cooler startups.

In the battle to become America’s next top financial brand, it behooves investors and customers to understand how every company fits into the ecosystem. The Robinhoods and Venmos of the world will eventually mature, provide more sophisticated products and services, while conglomerates like Mastercard, VISA, Charles Schwab and others will remain highly influential and powerful. It’s inevitable that some fintechs will get gobbled up by the “big guys.” Having the most share of voice online doesn’t always translate into more revenue, but it certainly helps to know what the public perception is in order to attract the right attention from investors and customers.

Want to see how your company stacks up against the competition? Access your competitor share of voice analysis here. 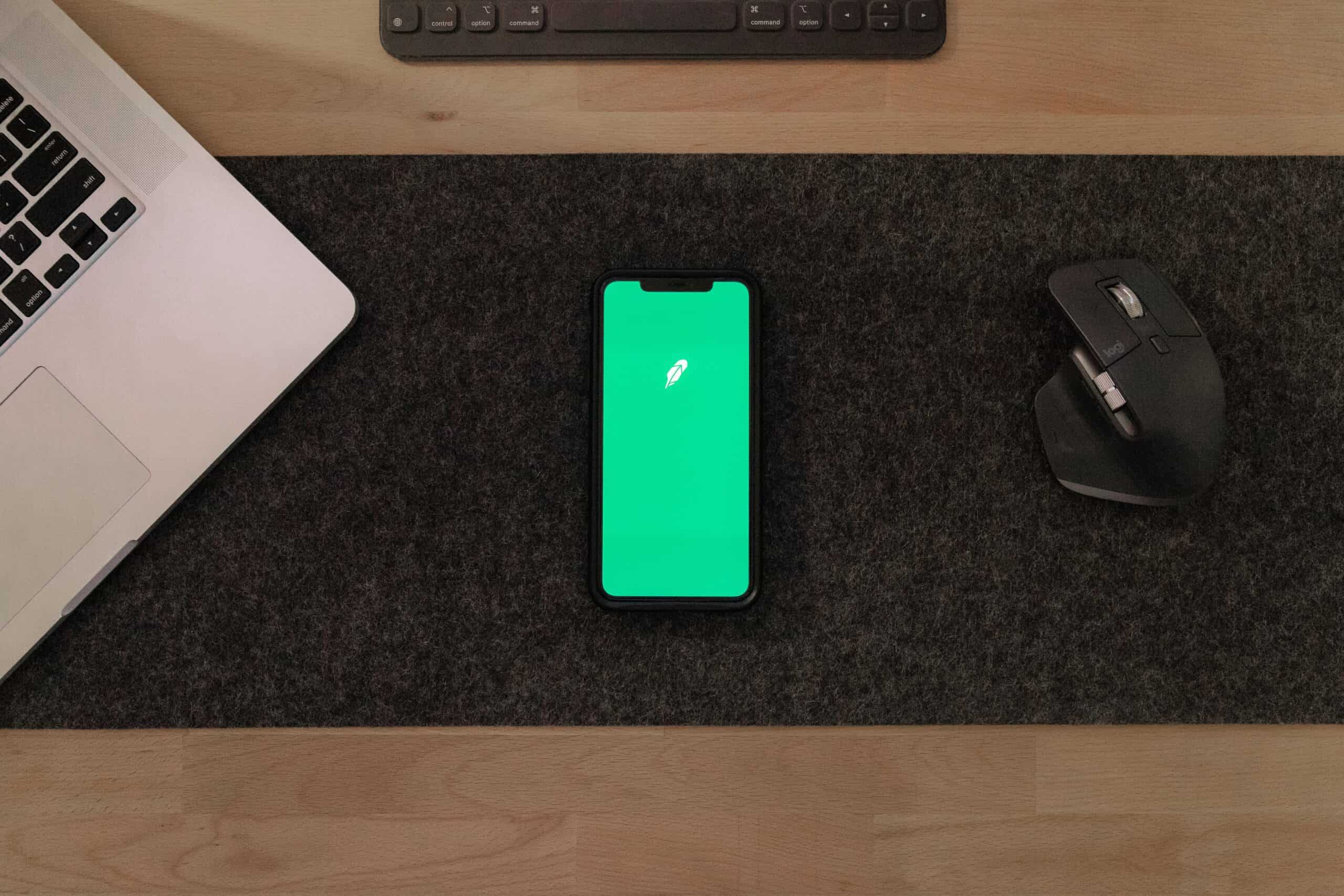 Your First Communications…
The Trade Heard Around...