Just the Facts on Alternative Facts 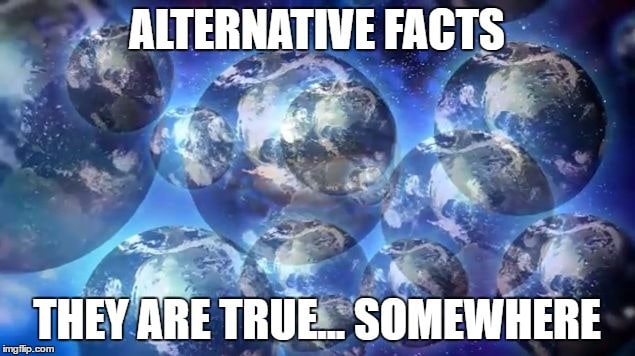 An old acquaintance I had totally forgotten about popped back into my life the other day.  His name? Alternative Facts. I remember Alternative from those days back in school, he was always making up excuses for everything, giving another version to a story that everyone knew was pulled out of thin air. It was always someone else’s fault when he was late to class, and, oh no, the dog ate his homework too! I thought Alternative would have learned by now, but it seems his cousin Fake News has been getting all the notoriety lately. Alternative wanted back in.

As a former journalist, I reported stories after compiling all the facts, double and triple-checking my information.  It’s the basic premise of journalism … Tell it like it is, not how you wish it could be. Alternative facts are fabrications, nonsense, falsehoods.  It’s a way of squirming out of what is true.

In public relations, we are sometimes accused of advancing information with “spin.” Those of us trained in journalism know better, because journalists and public officials should be held to a higher standard. The American public deserves the facts, even if the person delivering them wishes they weren’t so.

Here’s wishing that Alternative Facts and Fake News go back to where they came from. We don’t need you, and we never have.